Warm, earthy and spice filled Mutton Nihari is a luxurious stew for the meat lovers! As the meat cooks, the gravy turns buttery with a gorgeous red hue. Topped with some fried onions, julienned ginger, green chili and finely chopped cilantro! This dish can be a showstopper at any party.

I have heard of this dish many times in the past but I never felt the urge to attempt it. Until a few weeks back. I came across a beautiful promo of a cooking show called Raja Rasoi Aur Andaaz Anokha by chef Ranveer Brar. In the promo, he was cooking Mutton Nihari and even though it showed only a few glimpses, it was enough to inspire me. 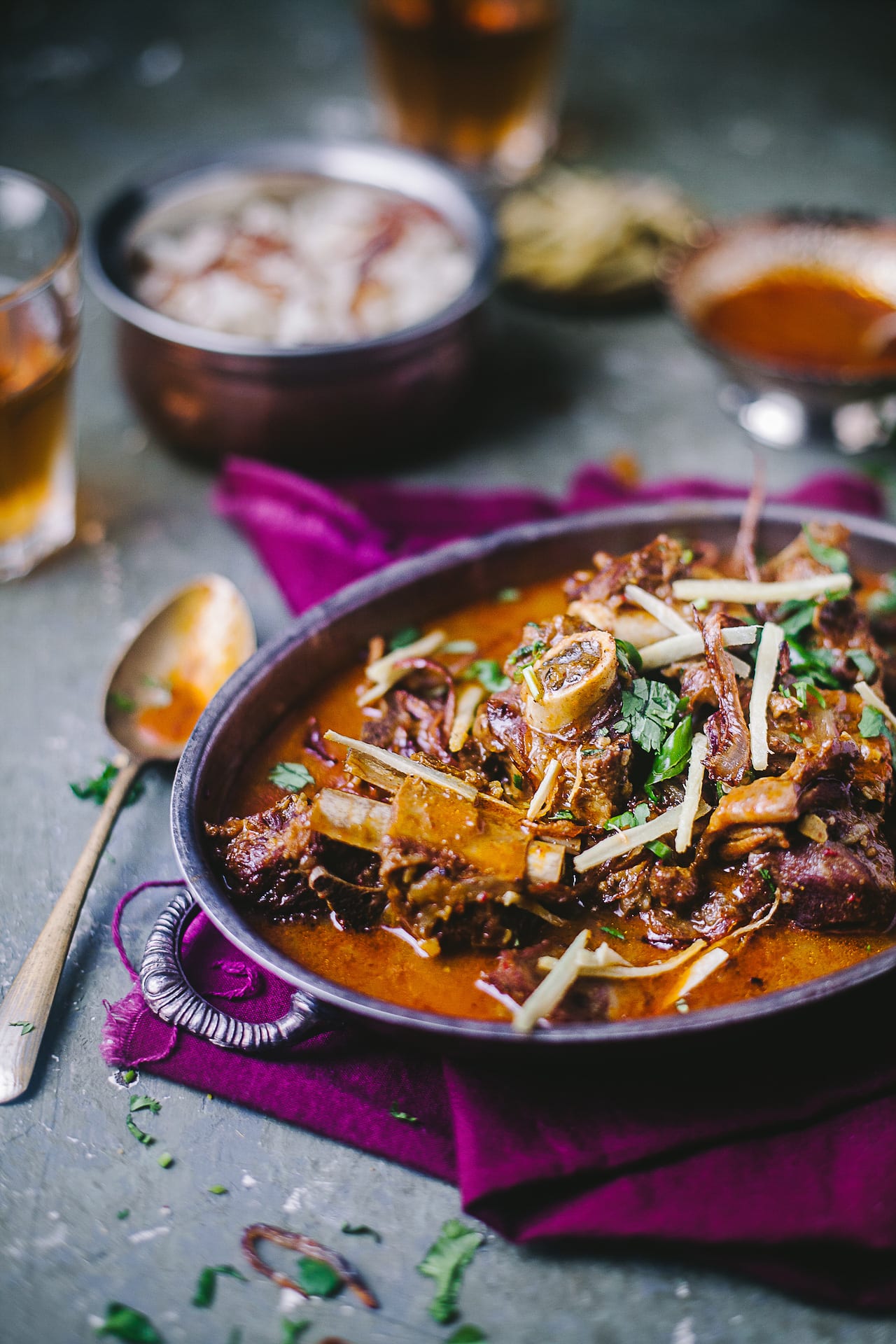 After reading several recipes and articles I learnt that Nihari is a traditional Muslim dish that came from the Royal Kitchen of Mughals. Over the period of time, the dish migrated to different regions which each making several little twists of their own. Nihari comes from the Arabic word “nahar” which means “morning”. In the Mughal days, this dish was prepared over night. Slow cooked for several hours and then served for breakfast to the Nawabs. Can you imagine eating something this rich for breakfast! Those Nawabs surely had some lavish appetite. 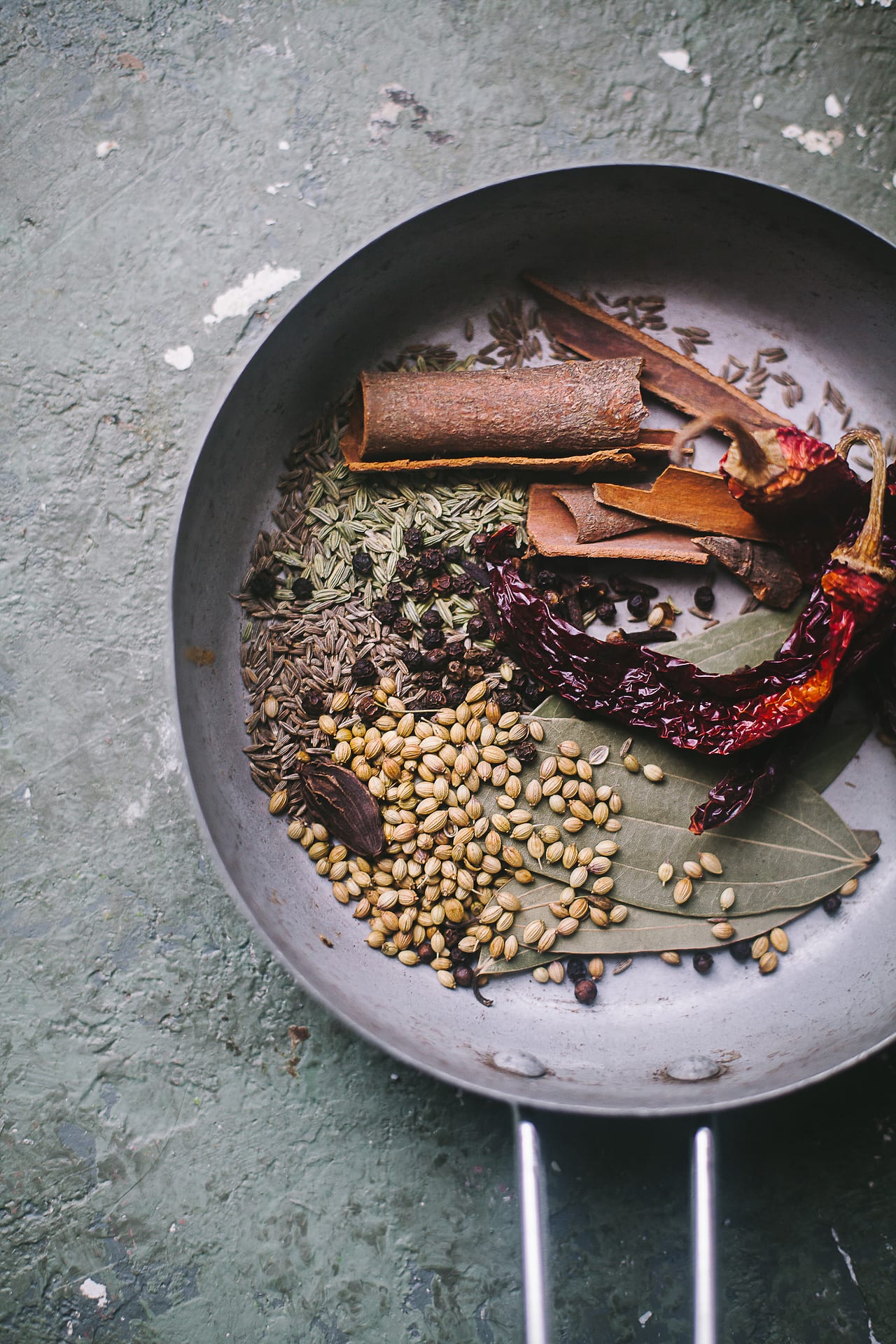 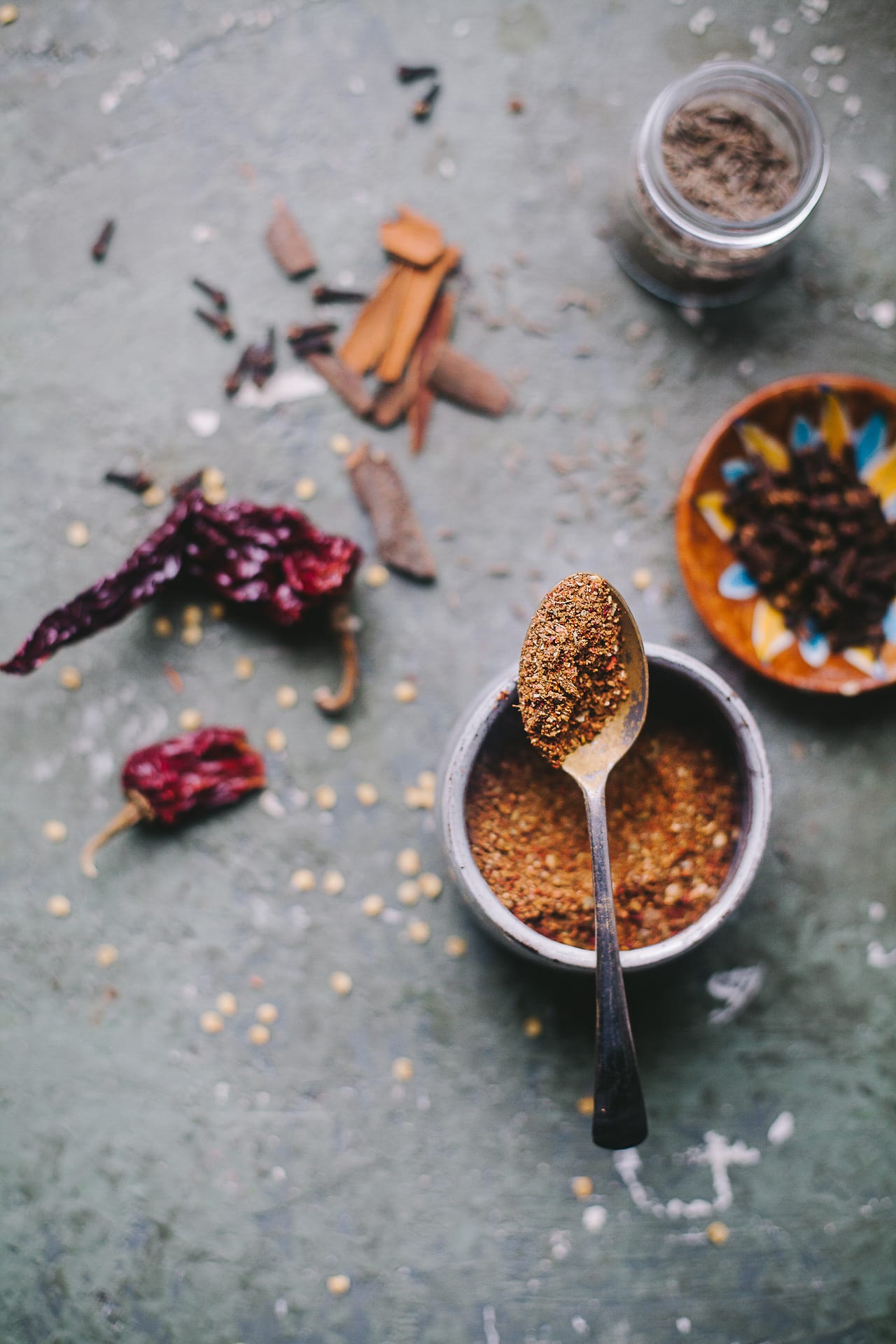 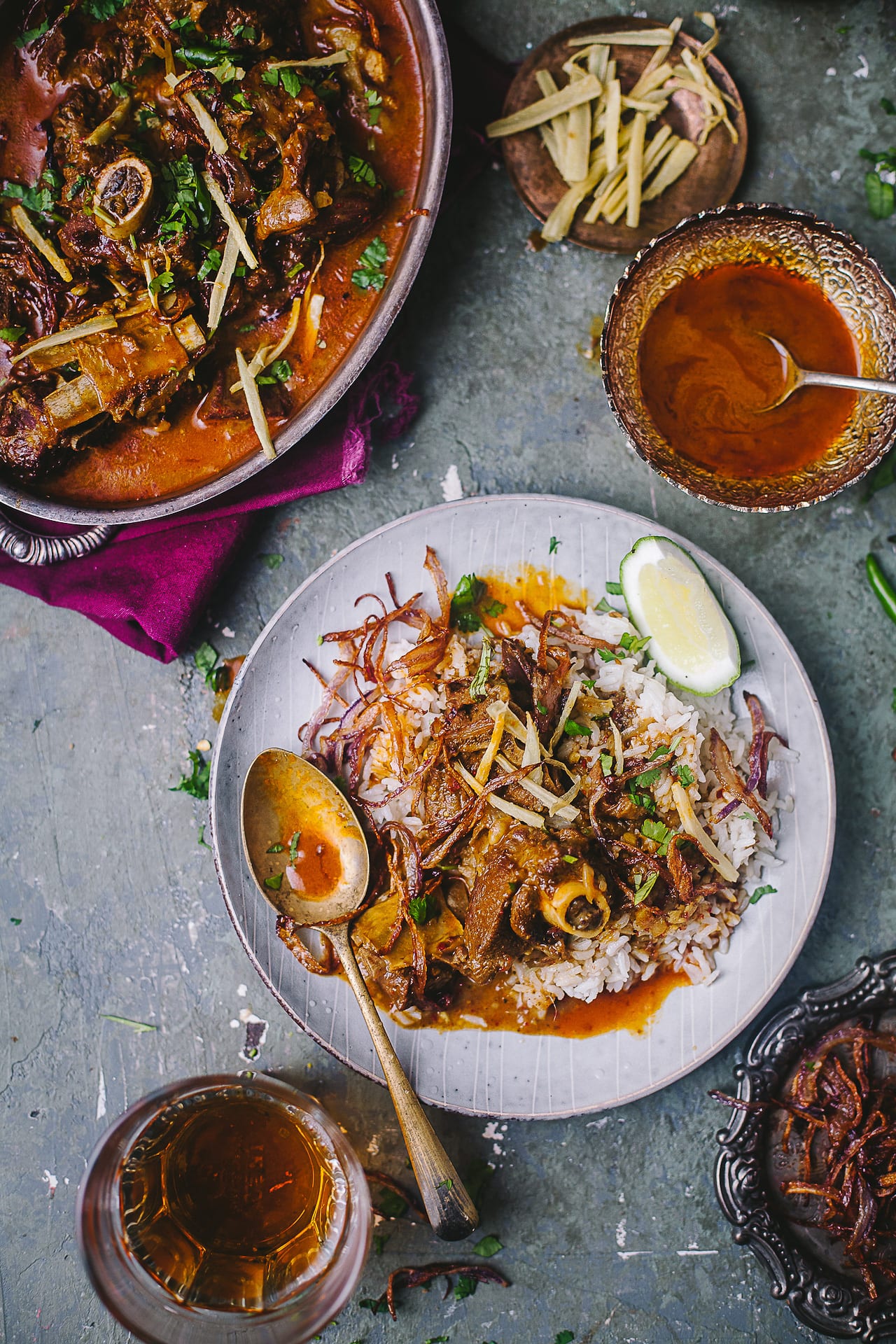 Kosha Mangsho has always been my favorite mutton stew and this Mutton Nihari gives a very close competition to my favorite. It’s extremely unique in terms of the steps that go in preparing the stew and the garnish. These steps cannot be ignored as they are essential to the dish.

There is a lot of history and traditions around this dish and the dish does take some extra time and effort. But at the end, when the aroma starts to warm your kitchen, you will realize it was all worth it! 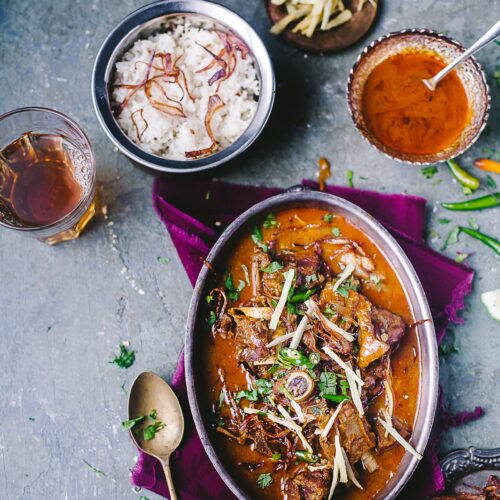 for the Nihari Spice mix 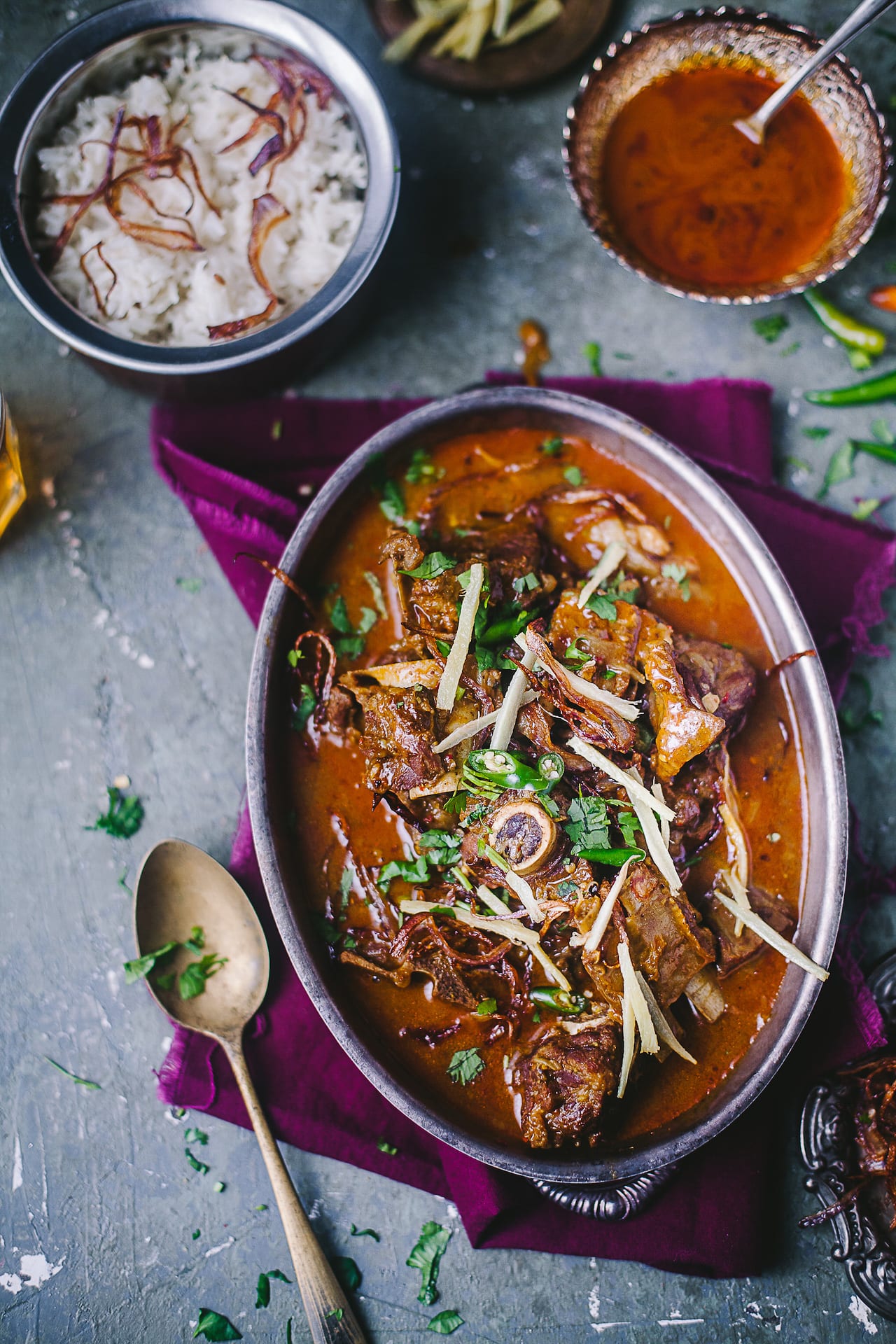 I love to see your creation from my blog, so if you make this spice mixes, tag me on social media @playfulcooking.