What makes Macaroni and Cheese everyone’s favorite? Is it the tiny elbow pasta that sits effortlessly on a spoon or the velvety sauce that binds it all? Is it the quick-to-cook procedure or the comfort that comes along with it? Whatever the reason is, this pasta preparation has always managed to cheer up all of us, irrespective of the age group.

I don’t remember when or where I ate Mac and Cheese for the first time. It was definitely not my childhood meal. What I do know is that eventually like million other folks, it became my favorite too. It’s funny how something can randomly make a permanent place in one’s heart. As much as I love a light pasta salad with just a hint of parmesan on top, I can gobble up a plate full of creamy Mac and Cheese with equal pleasure and no guilt. 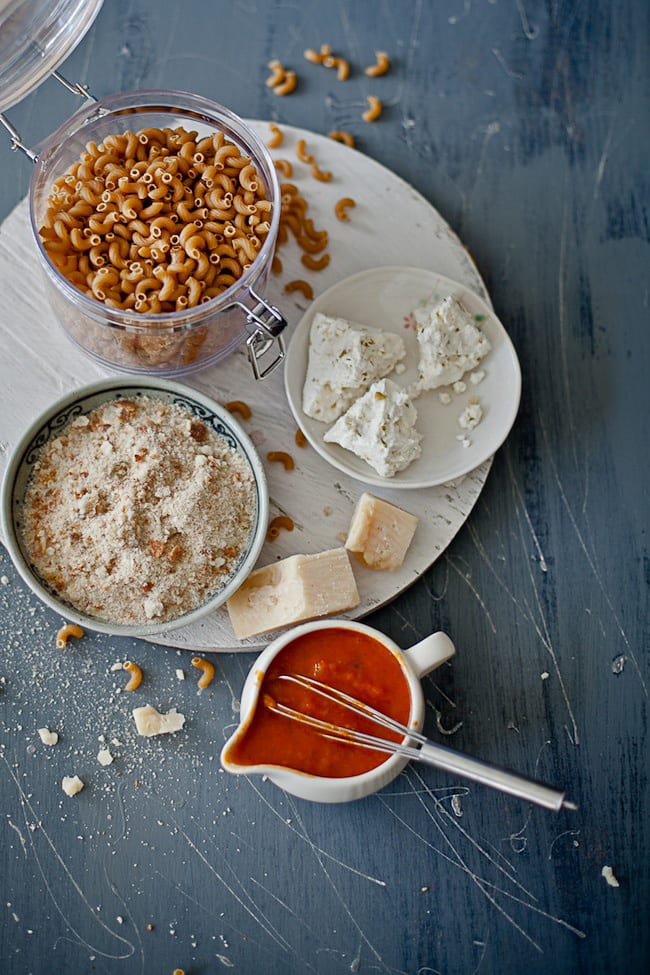 This grown up version is our current favorite and it’s the boozy sauce that uplifts the taste making it gourmet!

When I heard of vodka sauce for the first time, I dropped my jaw and thought the idea was bizarre. I like a vodka drink but to mix it with pasta for lunch or dinner was something that took a while for me to accept. Just how wine makes a sauce rich and more flavorful, vodka does a similar thing. And if you have never tried this sauce before, prepare it once. You might relish it as much as we did.

Typically, this vodka sauce is used in a dish called Penne alla Vodka, and as the name suggests, Penne pasta is used. However, I wanted to try the same concept with baked Mac and Cheese, with less cheese, some greens and more of the sauce. It worked!

As the pasta baked in the oven, the crumbly feta cheese melted slowly spreading its tangy taste. The Parmesan cheese on top turned golden crispy adding a crunch at every bite and the spinach leaves that ware hidden in between wilted covering itself with the sauce.

Every spoonful of the vodka Mac and Cheese was hearty and flavorful. 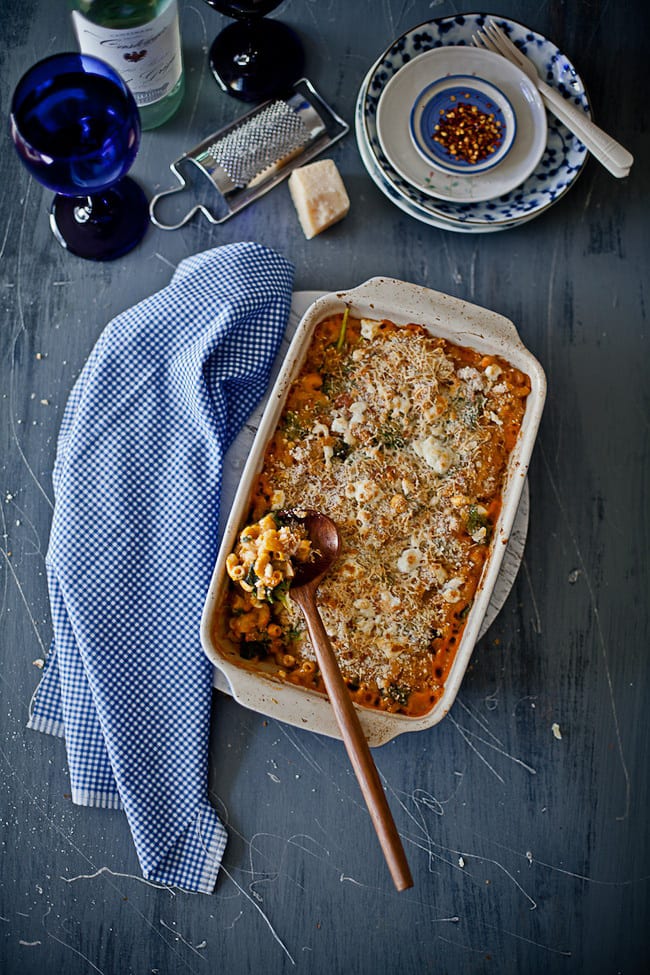 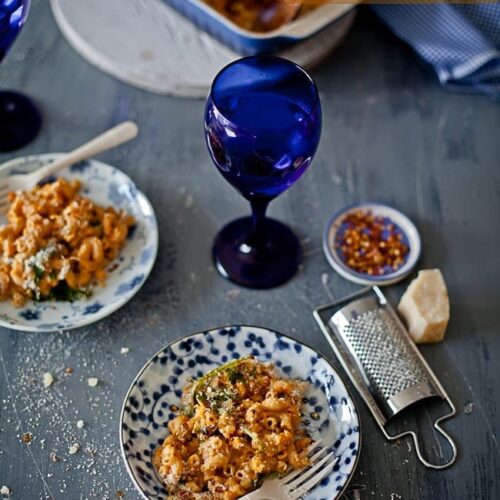 for the vodka sauce

for the mac and cheese

for the vodka sauce

for the vodka mac and cheese