When your daily routine revolves around cooking every single day, be it for a job or to feed your family, there comes a day in the week when you need a break from the mundane. I go through this phase at least once every week, mostly on Fridays. That day, my bones get lazier than ever. Other than cooking for Avyan, all I do in the kitchen is prepare an easy egg sandwich for lunch. As for the dinner, either Arvind puts on his chef hat or we order take out.

If I leave the dinner carryout idea to Arvind, we land up eating biryani, almost always! The boy doesn’t get bored of the dish, ever. Every time he hears of a new type of biryani, he hunts down the best place to try it out. I am not a huge fan of biryani and my biggest concern with restaurant biryani is that it never has enough meat or that robust flavor. It’s just spicy. Very rarely, I come across that perfectly flavored biryani with a fair quantity of meat in it.

I always prefer the homemade version that’s filled with whole spices, ghee (clarified butter), lot of meat chunks, fresh mint, fried onions and a hint of saffron. Most importantly, it has to be prepared by following the method of dum (sealing and slow cooking).

It’s a lot of components but that’s exactly how I enjoy it.

So occasionally, I forget my love for quick cooking and roll up my sleeves for the long process of preparing a big pan of perfumed biryani. And after I received the gorgeous heavy bottom casserole in my happy color from Fujihoro, motivation just flew into my system to spend those extra hours in the kitchen. And this cookware is perfect to cook such dishes. Not just functional but also pretty enough to make a center piece.

Kofta Biryani is flavored rice cooked with meatballs. The idea is to partially cook the rice with whole spices, cook the meatballs in tomato gravy and finally, slow cook them together by forming layers in a heavy bottom pan. If you want that immense flavor, go for the dum version where the pan is sealed with the lid by using simple flour dough. This traps the aroma completely into the dish. And as you open the lid after cooking, that aroma is enough to pull everyone to the dining table.

for meatballs in tomato gravy

to prepare the saffron milk

to prepare the fried onion

to prepare the sealing dough

to prepare the meatballs in tomato gravy 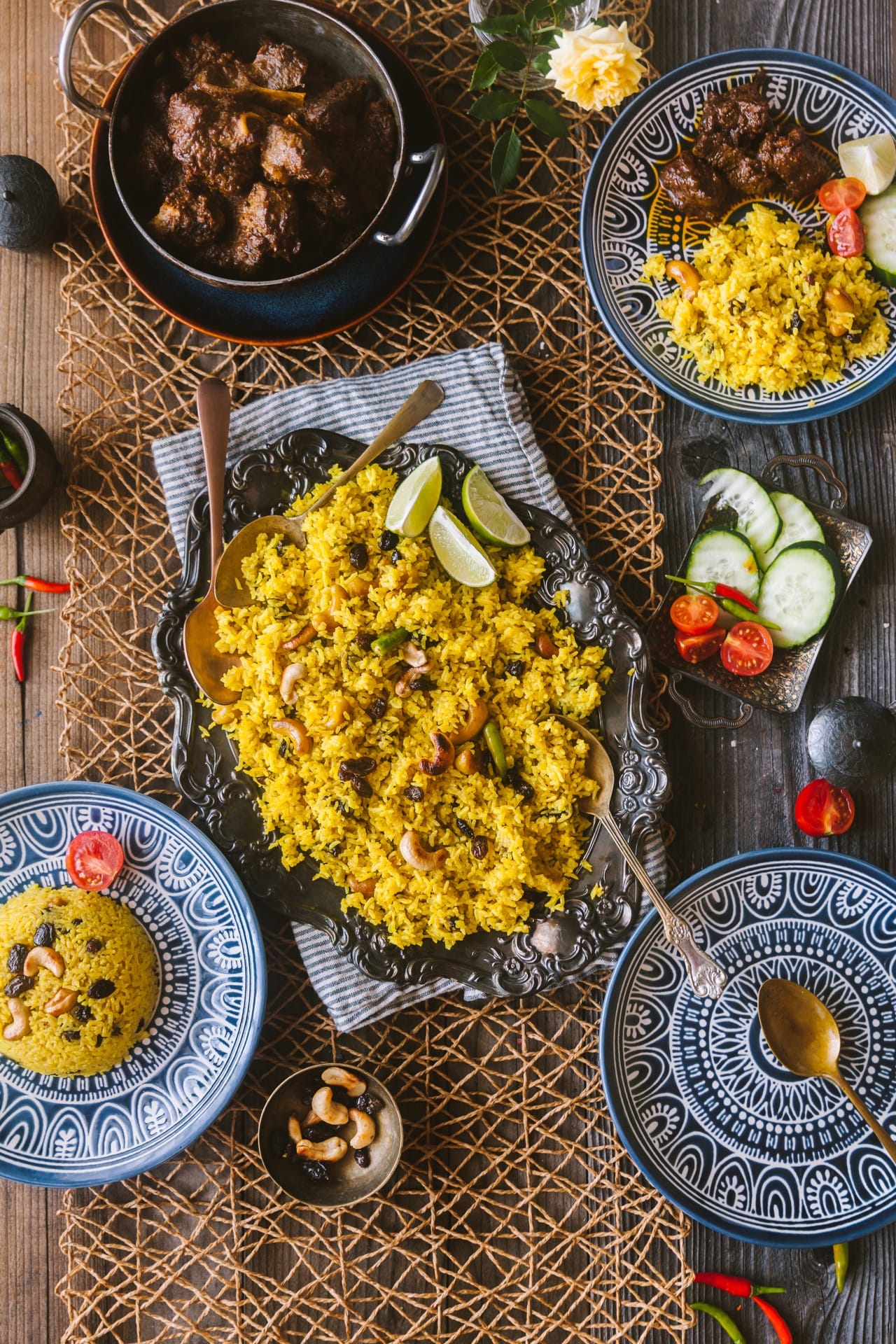 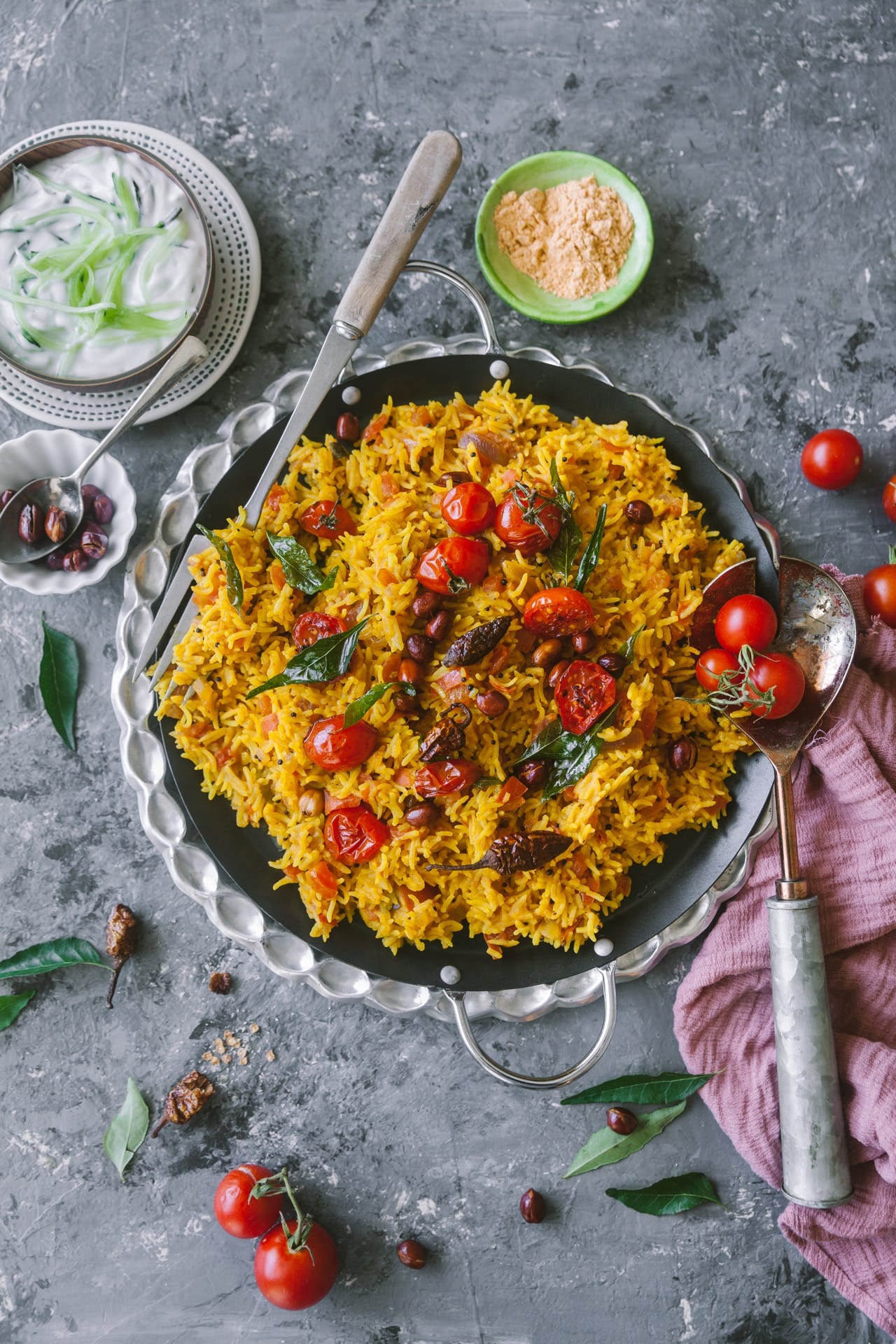 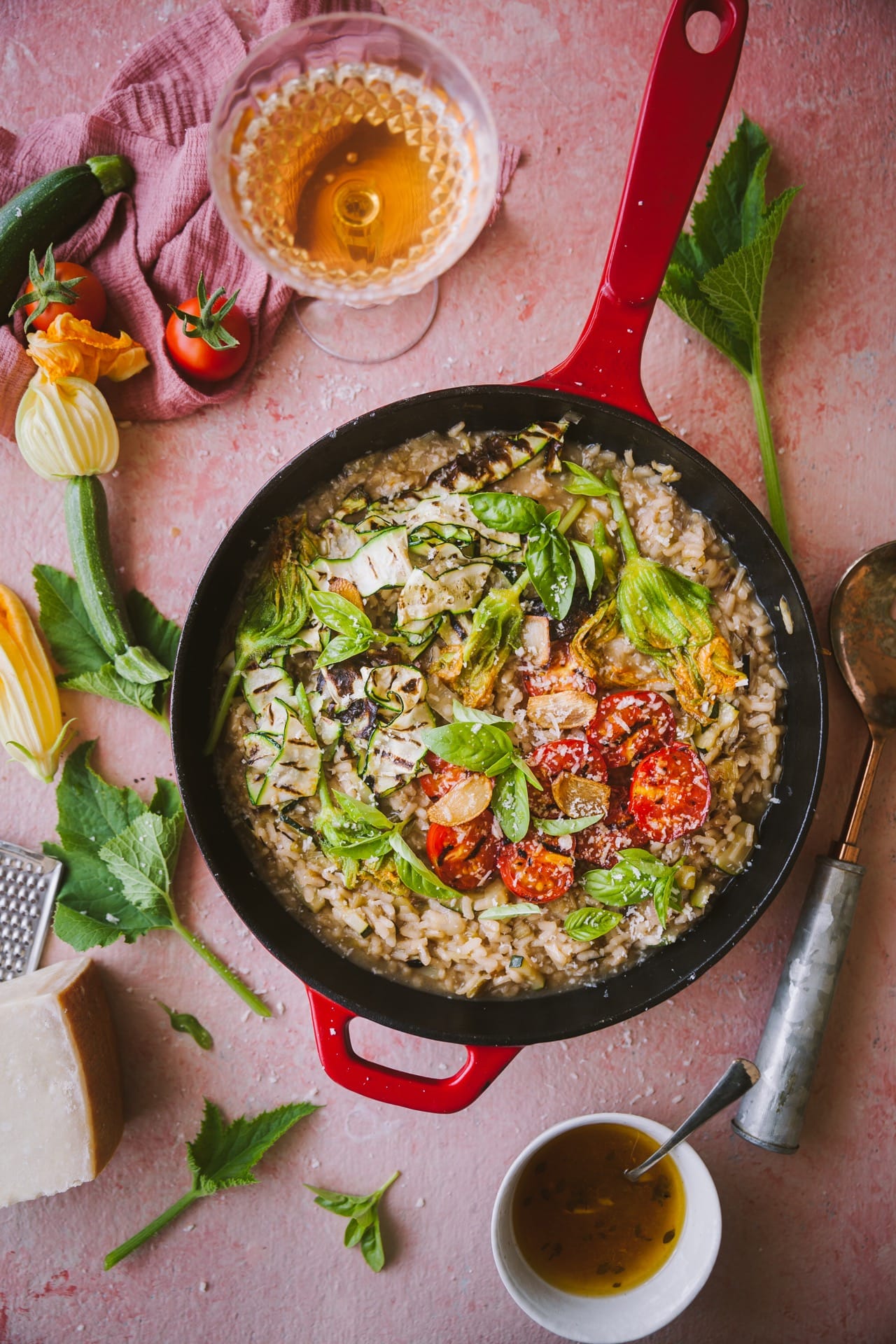 link to Summer Risotto with Tomato Confit and Zucchini